Now we all love a British summer, reliable as a train service and just as warm and comfortable. Although this evening hasn’t been one of the biggest scorchers of the year, I decided it was warm enough to sleep in the garden tonight. The cool air and quiet evening put me up to it. So here I am, laying in the garden with nothing but the universe above me.

Usually I’d add a photo at this point, but without a tripod and long exposure shutter it wouldn’t give it justice, so I’ll add a pic from a star gazer app that shows what is above me.

I have recently bought a load of solar power lights for the garden recently, so the garden is slightly illuminated. I tried a pic or two but not hugely happy with the results. 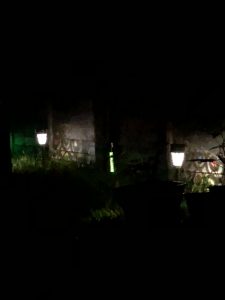 I was interrupted by a neighbour going outside. He spat eight times in the first twenty seconds of being outside. It seemed to be unstoppable, so I assume he has a medical condition, or is just a total animal.

Sorry, that was tangential, but I have just had a bottle or two of my first homebrew beer, and it seems to be working, if what I was going for was semantically nonsensical sentences strung together with anecdotal trivia. Tastes amazing though, so well worth it. Let’s just hope I don’t get any stomach complaints tomorrow. Although we are well into tomorrow right now as it is nearly 3am.

This has to be the worst post I’ve made so far, but I blame the fresh air and spitters. Goodnight.